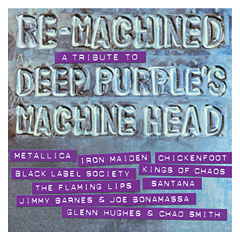 There are two wildly differing versions of the album’s most famous track “Smoke On The Water”, one from guitar hero Carlos Santana with vocals by Jacoby Shaddix and one from alternative rockers Flaming Lips, and Metallica have contributed their own special take on “When A Blind Man Cries”, a track recorded at the “Machine Head” sessions but originally released as the B-side to “Never Before”.

Initially released as a limited edition Classic Rock “fanpack” on 3 September 2012, this is a truly unique release that will appeal to rock fans everywhere.