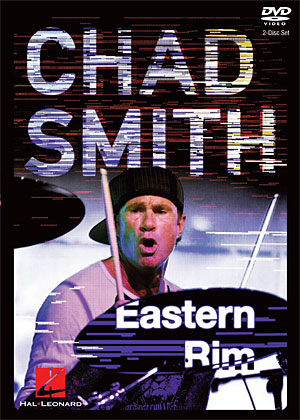 Drum Clinics: Chad demonstrates his power and skill in clinics filmed in Australia and Japan. These clinics offer multiple camera angles (including overhead and foot-cam) for clear demonstrations and show Chad playing with original recordings from Stadium Arcadium as well as classic rock songs like "Rock 'n' Roll" and "Moby Dick," made famous by Led Zeppelin.

Performances: In addition to rare, behind-the-scenes views of a Red Hot Chili Peppers concert, this DVD set captures an explosive 30-minute improv live from Federation Square in Melbourne. Chad and his bandmates surprise the crowd by turning a scheduled drum clinic into a full-fledged jam.

Interviews: Exclusive to this DVD, Chad discusses his influences and inspirations. He offers unique insight into a rock drummer's life, sharing anecdotes from life on the road.

Early Works/Bonus Material: Pulled from Chad's personal archives, these videos and audio snippets are from his pre-Peppers performances, as well as recent side projects showcasing his versatility on the drums and adventurous spirit.

The bonus DVD also includes video footage of:
• An interview with Chad Smith at home
• A fun-filled day at the beach with other drummers at a Sabian cymbal photo session
• A bonus recording from a side-project CD with a play-along track.